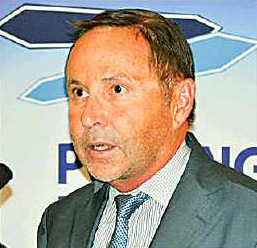 Northern Energy Solutions Ltd. [NES] is moving toward the construction and operation of a proposed wood pellet plant in Miramichi.

The company will be making an application to the provincial Department of Environment and Local Government for an industrial permit.

Residents and community stakeholders in the project will be invited to an open house  on Aug. 1, 2018 from 4 p.m. to 8 p.m. at the Beaverbrook Kin Centre.

In a news release form NES, the proposed plant will produce about 275,000 tonnes of wood pellets per annum.

The pellets will be shipped via the Port of Belledune to the European market where they will be used as a fuel to displace coal.

In biomass input required will be about 630,000 tonnes per annum, sourced from private land, Crown land and mills within the region, according to the release.

Fenton Travis, project manager for NES said there is still work left to do to ensure the sales agreement for the plant are in place, but said the project is very close to being finalized.

“The sales agreements are really the catalyst that gets thing going,” said Travis. “All products from the plant are contracted out for a six to seven year period and once that is in place, then things will really start to take off.”

Travis added, because of negotiations with utility companies in Europe over the last few months, the submission of permit application for the pellet plant is based of substantial interest.

He explained that it was crunch time for NES and issues like construction bidding, closing financing deals on the plant and environmental permitting that will be conducted in August

For the pellet plant, construction will take about roughly 12 to 16 months and would begin in the spring or summer of 2019, with the plant will be commissioned and be open in 2020.

NES had been working with the province on a conditional purchase agreement that focuses on acquiring the pulp and paper mill industrial site on the Curtis Road, between Route 8 and the King George Highway.

Travis said in terms of direct employment of the plant, it could be provide a potential 60 to 65 jobs, another estimated  70-75 jobs in harvesting and a number secondary jobs and residuals jobs in the Miramichi retail industry and surrounding industries.

Travis, who has been signed on to the projects since its inception three years ago, said the pellet plant project has been a longtime coming.

“We are really happy to be coming to the Miramichi and grateful for how patient the people in community have been,” said Travis. “We are pretty proud of this plant in the community, it has been a long time coming.”

He added the open house on Aug. 1 is an opportunity for residents in Miramichi to learn about the plant and ask questions or voice concerns about the potential plants.

Ross Creelman, NES owner and president, and past owner of Marwood Limited, said in a news release sent to the Miramichi Leader, that he considers the timing to be opportune to invest in a large-scale forestry venture in New Brunswick:

“The plant will offer long-term employment in the Miramichi region, as well as significant operation spin-off employment opportunities in forestry, trucking, marine transportation, and goods and services industries,” he said in the release.

The release also said that the facility and site will comply with all applicable federal and provincial regulations.